Public Bank Bhd has won the award for the highest return on equity (ROE) over three years, for the period between the financial year ended Dec 31, 2017 (FY2017) and FY2019.

This is the third consecutive year that Public Bank has bagged the prestigious The Edge Billion Ringgit Club award, a testament to the banking group’s profitability despite the intensifying competition and digital disruption. From the opening of its first branch in Jalan Gereja, Kuala Lumpur, with only 62 pioneer staff in 1966, Public Bank has grown into a banking giant with over 19,000 staff and has established a foothold not only in Malaysia but also in Hong Kong, China, Cambodia, Vietnam, Laos and Sri Lanka.

Founded by its chairman Tan Sri Teh Hong Piow (picture) over five decades ago, Public Bank has 53 years of unbroken profitability up to 2019.

Compared to its local peers in the industry, Public Bank has achieved the highest ROE, most efficient cost-to-income ratio and best asset quality in recent years. However, it will be interesting to see how it navigates through the current Covid-19 storm.

As it is, its net profit for the second quarter ended June 30, 2020 (2QFY2020), fell 24.8% to RM1 billion from RM1.33 billion in the previous corresponding period, as it suffered a net modification loss of RM498 million arising from the loan moratorium granted to customers amid the outbreak of the coronavirus.

The banking group did not declare any interim dividend in the first half of FY2020 — a first in 16 years.

Banking stocks have come under strong selling pressure due to mounting concerns over asset quality as a result of the pandemic, and Public Bank is no exception. Its share price fell from RM20.32 on June 30, 2017, to RM16.50 on June 30, 2020.

Hong Leong Research recently raised its target price for Public Bank to RM19.70 from RM15.90, based on 1.52 times FY2021 price-to-book ratio. The local research house kept its “hold” call for the stock — a call it had upgraded to in October from a “sell”.

It also raised Public Bank’s FY2020-22 profit forecast by 6% to 10% to factor in higher non-interest income and Islamic banking contribution. “We see subsiding NIM (net interest margin) pressure as OPR (overnight policy rate) is already at an all-time low. Besides, downward deposit repricing should aid gradual NIM recovery. Also, lending growth is seen chugging along despite Covid-19 headwinds given its strong mortgage and auto loan franchise,” it says in a Nov 30 report.

Meanwhile, CGS-CIMB Research also upped its target price for Public Bank in a Nov 29 report, raising it to RM20.50 from RM18.90. It notes that it is not overly concerned about the expected spike in Public Bank’s loan loss provision in 4Q2020F as it would be lifted by pre-emptive provision.

“The CCOR (credit charge-off rate) of 30-35bps guided by the bank for FY2020F would still be among the lowest in the sector. Hence, Public Bank remains an ‘add’ and our top pick for the sector, predicated on the potential re-rating catalyst from an expected recovery in net profit growth to a strong expansion of 12% in FY2021F,” it adds.

CGS-CIMB Research upped its FY2021/22F core earnings per share forecasts by 2.7% as it reversed out the 25bps cut in OPR in Sept 20 that did not materialise and increased its projected loan growth for FY2020F from 3% to 4%, in line with the increase in its projected 2020F loan growth for the industry. 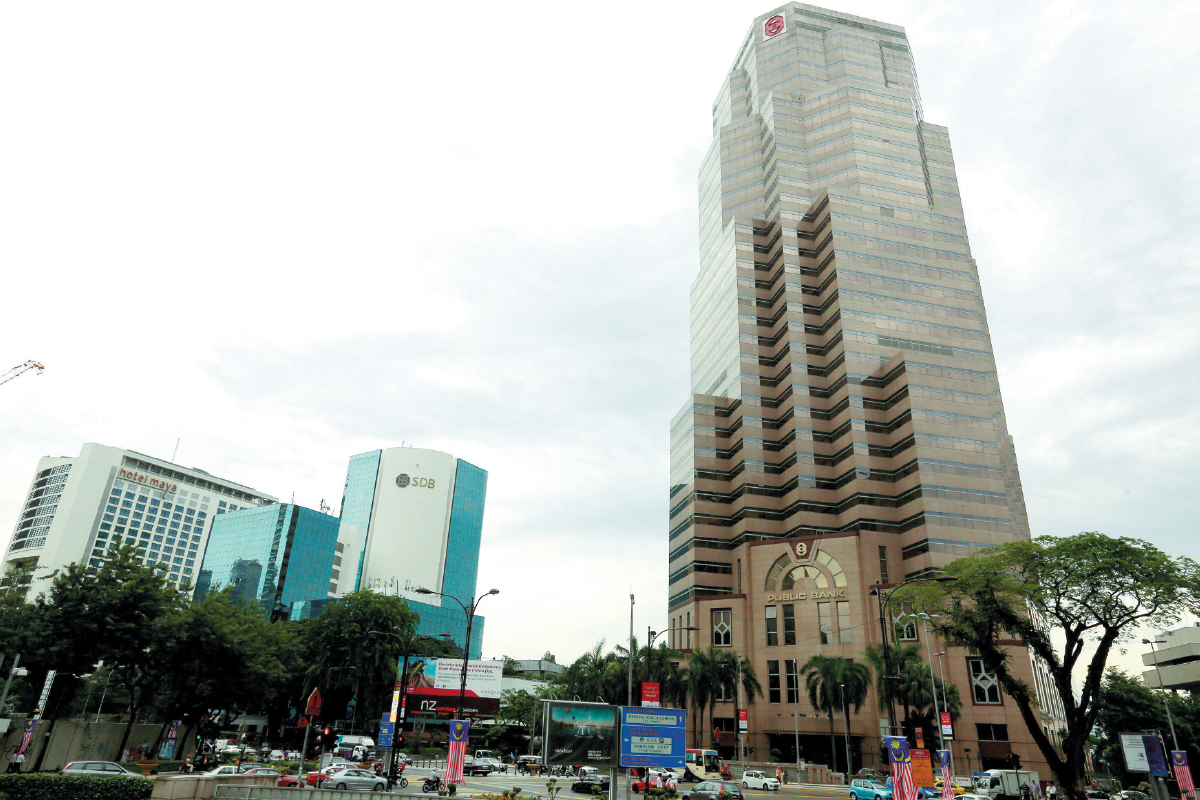