Kuan Kam Hon, founder and executive chairman of Hartalega Holdings Bhd, could still have made it big if he had stayed at his father’s company and continued to build homes around Kuala Lumpur. Malaysia, however, may not have seen the kind of innovation in nitrile gloves had he remained at Kuan Yuen & Sons Co instead of founding Hartalega Sdn Bhd in 1981.

From just a single-line production operation in 1988, Hartalega became the world’s largest nitrile glove maker in 2010, a position it still holds. Today, it has a 7,800-strong workforce — which the company fondly calls Hartanians — and more than 110 production lines capable of producing more than 40 billion pieces of gloves a year.

“All this would not have been possible without our deep-rooted commitment to innovation, which has led to the inception of advanced, proprietary manufacturing technologies that are unrivalled to this day. Hartalega’s continued technological innovations help ensure that our gloves are manufactured with equal emphasis on efficiency and quality — a key reason we are trusted as the OEM manufacturer for some of the world’s biggest brands,” says the company.

By 2022, its annual installed capacity will reach 44 billion pieces. Plans are already underway to more than double that capacity to 95.1 billion pieces by 2027, when its multibillion-ringgit, next-generation glove manufacturing complex (NGC) 2.0 is expected to be ready and commissioned.

There is no shortage of demand for gloves, says Hartalega, which expected the global demand for rubber gloves to grow 8% to 10% more than estimated before the Covid-19 pandemic caused heightened hygiene awareness. Demand from developed markets could jump 30% from 2019 while developing markets could double their needs to push global demand for rubber gloves by as much as 120 billion pieces a year, the company estimates.

The Malaysian Rubber Glove Manufacturers Association projects worldwide demand for rubber gloves to rise from 296 billion pieces in 2019 to 330 billion pieces this year owing to the pandemic. 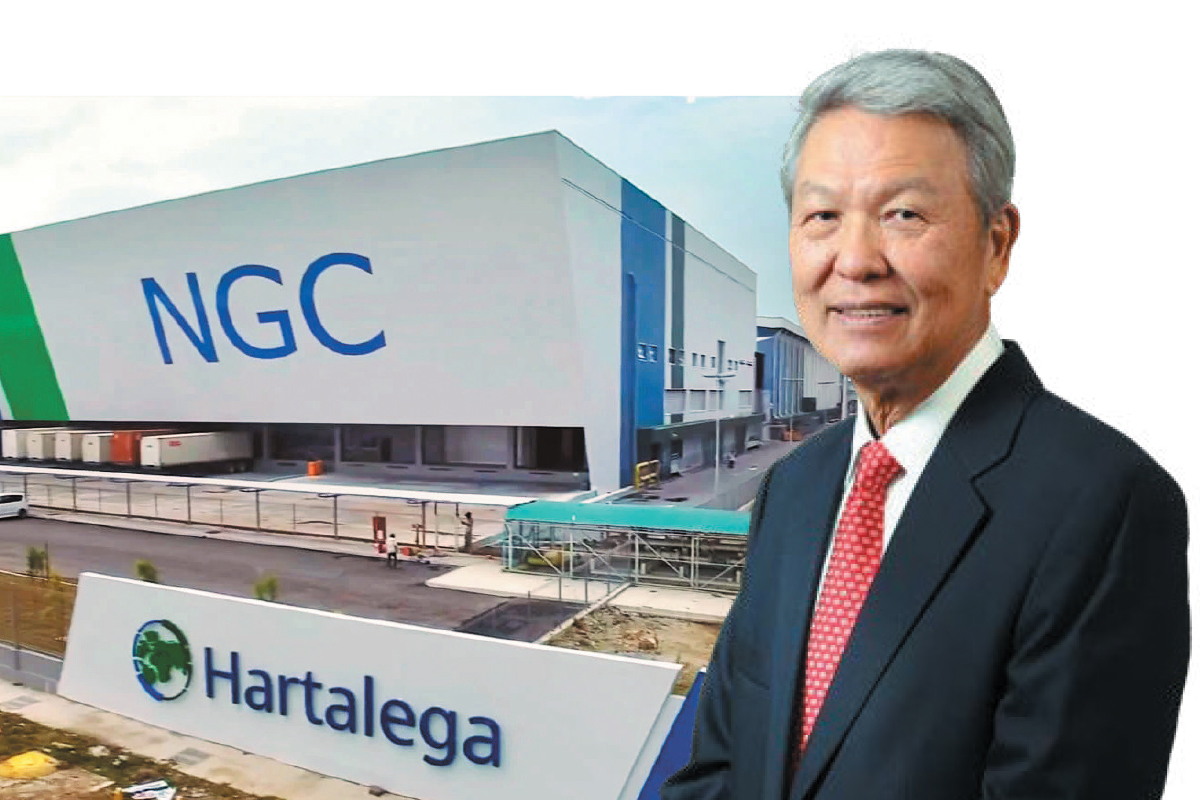 Hartalega is already scouting for land for further expansion, given that it takes nine to 12 months to build a typical glove plant and another four to six months to commission it.

At its recent annual general meeting, the company told shareholders it will work on sustaining earnings growth with its expansion and automation while investing in continued product innovation as well as glove feature enhancements. Unlike some of its peers, Hartalega is not expanding into other products. Instead, its R&D team is focusing on continuous innovation of its products within the glove universe.

According to its website, Hartalega invented the world’s first lightweight nitrile glove in 2005, a move that it says “caused a demand shift from latex to nitrile gloves all over the globe”. The company was also the first to develop polymer-coated powder-free examination gloves in 1994 and the first to commercially produce high-stress relaxation NBR examination and surgical gloves in 2002. It also launched the world’s non-leaching antimicrobial glove in 2018, among other things. Apart from being named The Edge Billion Ringgit Club’s (BRC) Company of the Year for 2020, Hartalega’s three-year risk-weighted profit after tax CAGR of 20.9% also won it the awards for having the highest growth in profit after tax over three years in the Super Big Cap category (companies with more than RM40 billion in market capitalisation) and the Healthcare sector. It also has the highest three-year adjusted weighted return on equity (ROE) among its peers in the Healthcare sector at 21.4%. That brings its tally to four awards at this year’s BRC.

Listed on the Main Board of Bursa Malaysia on April 17, 2008, Hartalega’s vision is to be the No 1 glove company that produces and delivers the best and most innovative gloves in the world, and to be recognised as a company that cares for the community and environment. Its mission is “to deliver the best possible protection to people who work with their hands in exposed and challenging environments by providing consistently superior, safer and more convenient gloves in chosen product markets”. This applies to frontliners in the Covid-19 battle as well as investors who are placing more emphasis on environmental, social and governance (ESG) standards. The Employees Provident Fund, which had a 5.38% stake in Hartalega as at Dec 3, is among those looking to do more ESG investing.

In Kuan’s letter to shareholders, appended in Hartalega’s annual report, he counts the glove industry as an integral part of the healthcare sector, with an instrumental role to play in the fight against the pandemic. “Intensified investments in automation, Industry 4.0 and Internet of Things technologies are fundamental to the group as we focus on enhancing efficiency and productivity across all facets of our operations,” he says.

At its recent annual general meeting, Hartalega told shareholders that its RM95 million workers’ accommodation meets the requirement of the International Labour Organisation and that its social compliance policies are aligned with international benchmarks against child and forced labour as well as workplace discrimination. All of its workers keep their own passports at their personal lockable cabinets in their respective dorms. There is also a grievance and whistle-blower channel handled by third-party auditor Deloitte.

The director-general of the Labour Department was recently reported as saying that Hartalega was exemplary in its provision of accommodation for its workers.

Kuan, 73, who stepped down as managing director in November 2012, continues to play an integral role as executive chairman of the company. On May 18 this year, his son Kuan Mun Leong, 44, was redesignated as CEO while another son, Kuan Mun Keng, 45, was named chief commercial officer.

With a market capitalisation of RM49.5 billion, Hartalega is currently the sixth largest counter on Bursa Malaysia. Its market cap is already up some RM5 billion from the RM44.04 billion as at June 30, the cut-off date for BRC membership this year. If Hartalega continues to walk the talk, investors would have little doubt that their money is in good hands.