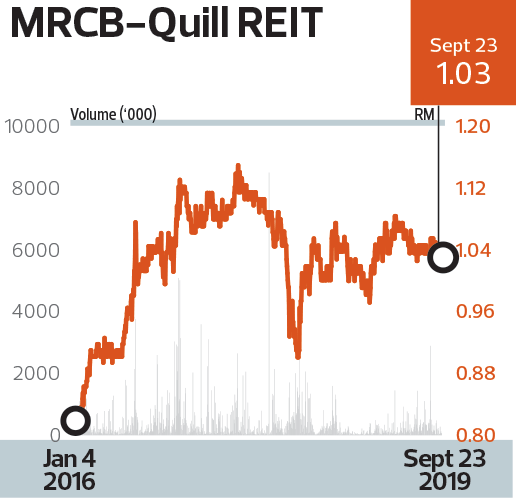 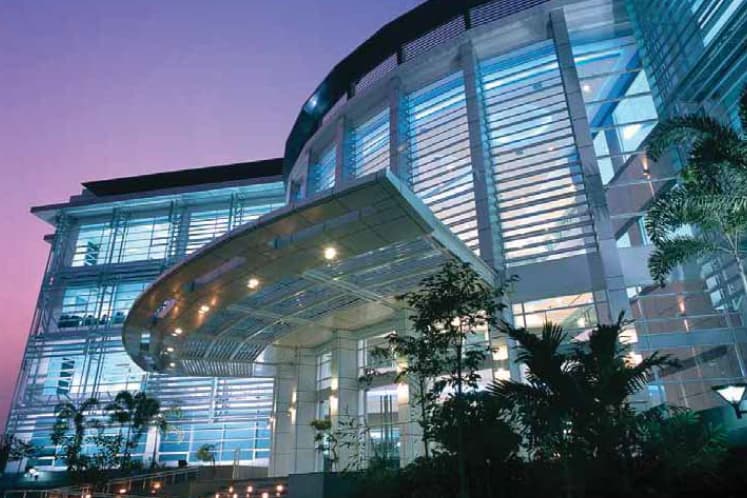 MRCB-Quill REIT’s (MQREIT) earnings over a three-year period ended Dec 31, 2018 (FY2018) still exceeded those of its peers despite its net property income (NPI) dipping in the last financial year of the time frame.

From FY2016 to FY2018, its NPI saw a compound annual growth rate (CAGR) of 17.2%, which won it The Edge BRC award for the highest NPI growth among Malaysian REITs.

Its performance in FY2017 was boosted by the acquisition of Menara Shell in December 2016 and positive rental reversions in several of its assets.

MQREIT has declared consistent dividends over the past three financial years, exceeding eight sen per unit each year. Its trailing 12-month dividend yield stands at 7.06%.

Its commendable performance over the three-year period was supported by its portfolio of commercial assets, which includes Menara Shell, Platinum Sentral, Wisma Technip and Quill Buildings (QB) 1 to 5.

MQREIT has managed to maintain stable occupancy across its portfolio despite issues plaguing the property market such as oversupply in both retail and office space, as well as the growing preference for online shopping that has, to some extent, affected occupancy in many malls.

In 2018, the group reported an occupancy rate of 93%. Although this was lower than the previous year’s occupancy of 96.3%, it was still above the average Klang Valley occupancy of 80% for the year.

Acknowledging the issues faced by the industry, MQREIT has pushed on with asset enhancement initiatives (AEIs) at QB1 to QB4 as well as Menara Shell. It said it will continue with improvement works for Wisma Technip, QB5, Platinum Sentral and Menara Shell this year.

The lower revenue was attributed to corresponding declines in Platinum Sentral, Wisma Technip and QB5, as well as revenue loss from the disposal of QB8 in mid-April 2018.

MRCB Quill Management Sdn Bhd chairman Tan Sri Saw Choo Boon expects conditions for office space in the Klang Valley to remain challenging amid the oversupply but is nevertheless confident that the REIT will remain stable.

“This [oversupply] is not expected to abate soon with more office buildings pending completion. We are confident the trust will ride out the office market down cycle with our continued focus on cost management, tenant retention and optimisation of rental contribution,” he said in a statement accompanying MQREIT’s 2QFY2019 results.

Hong Leong Investment Bank (HLIB) Research says MQREIT’s performance in 1HFY2019 was weighed by the lacklustre office market, but it should be sustainable going forward despite tenants’ moving out from a few assets.

It notes that MQREIT has secured new tenancies for 89,000 sq ft of net lettable area, which includes a co-working space.

“We expect income contribution from these new leases by the third or fourth quarter of 2019. However, we do acknowledge that finding a tenant replacement in QB5 will take some time, as the demand for office spaces in Cyberjaya is not as vibrant compared [with] areas in the KL fringes,” says the research house in a note.

Bloomberg data shows there are six “hold” calls versus two “buy” calls, with an average target price of RM1.09; there are no “sell” calls.