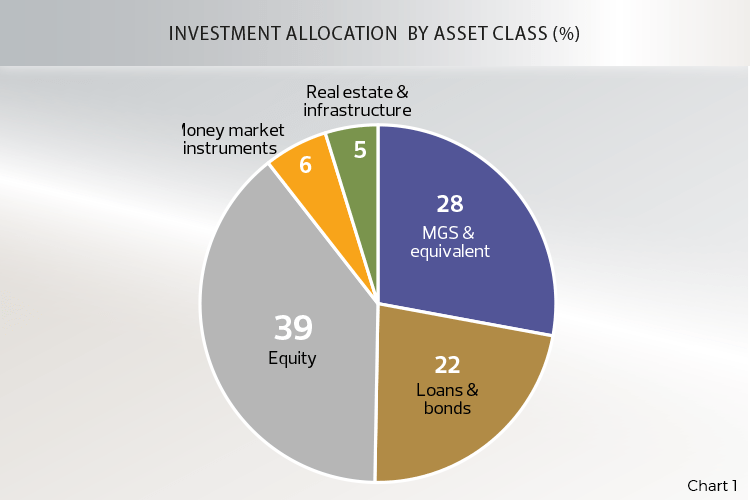 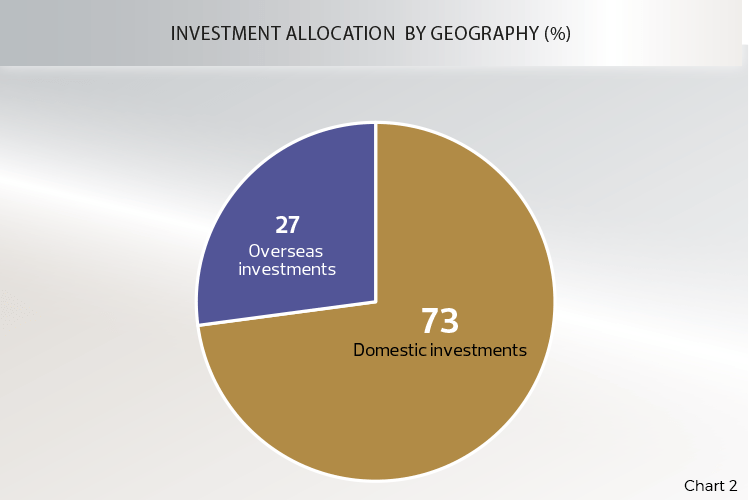 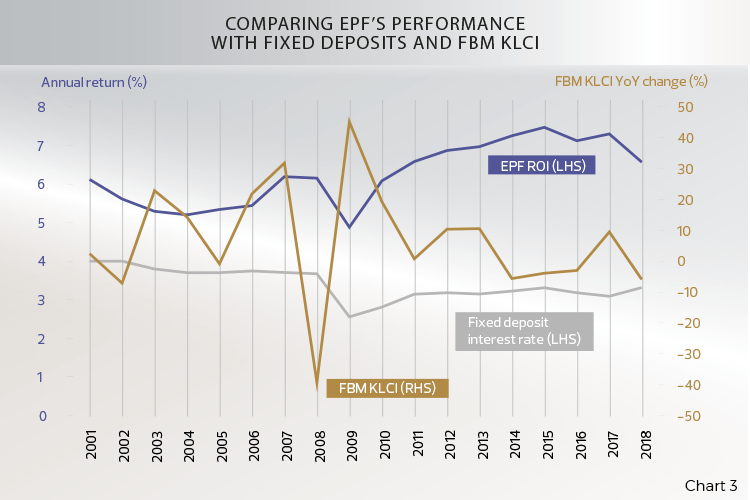 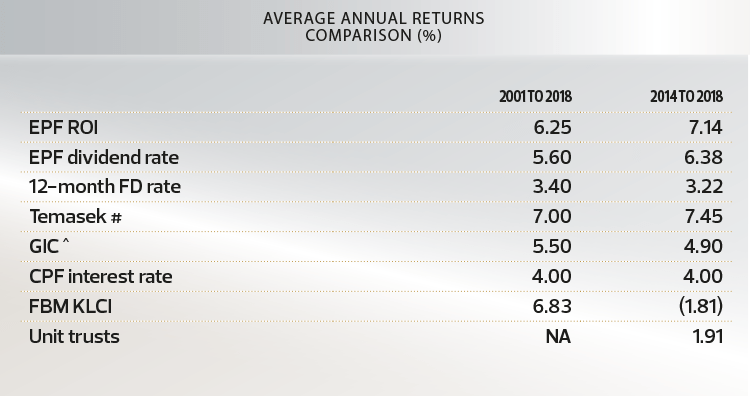 The Employees Provident Fund (EPF), as the guardian of savings for 14.2 million Malaysian workers, has a critical mission — to preserve and enhance the savings and purchasing power of its members and to help them achieve their retirement goals.

Building up a sufficient nest egg to see us through living needs in our old age is one of the biggest challenges we face, especially against the rising cost of living and resulting low savings rate, outside of mandatory contributions.

It is no easy task, as every investor is well aware. Financial markets are inherently volatile. But the EPF has lived up to this heavy burden by delivering steady returns through good and bad times, financial market crises, the ever-changing business environment and economic up and down cycles. The numbers prove it.

Its return on investment (ROI) — that is, the realised income — averaged 6.3% annually between 2001 and 2018, well ahead of our inflation rate of 2.3% during this period. This consistency of performance was achieved through a strategy of asset and geographical diversifications.

Half of its assets are invested in fixed income instruments such as Malaysian Government Securities (MGS) and corporate bonds, mainly for capital preservation. These investments provide a steady income stream.

A lesser 39% of assets are invested in equities, of which roughly 47% are in stocks listed on Bursa Malaysia. Equities, though carrying higher risks, would provide the booster to overall returns. Case in point — this asset segment contributed an outsized 57.6% to total investment income in 2018.

Furthermore, the EPF is able to capitalise on its dominant position on the local bourse — its shareholdings account for nearly 9% of total market capitalisation — and profit from market-making opportunities. It is a substantial shareholder in many of the largest-cap stocks on Bursa, including Maybank, Public Bank, Tenaga Nasional, KL Kepong, IOI Corp, Axiata, Digi.Com, Telekom Malaysia, Sime Darby and CIMB Group.

About 5% of assets are invested mainly in real estate and infrastructure as an inflation hedge, and the remainder in liquid money market instruments (see Chart 1).

In terms of geography, about 73% of the EPF’s total assets are invested domestically, while the balance are overseas. For instance, the fund has holdings in stocks listed in the US, Hong Kong, Singapore, Thailand, London, Japan, South Korea, Indonesia, Taiwan and the Philippines as well as in unquoted securities (see Chart 2).

Thanks to this well-diversified strategy, members have enjoyed steady dividends, averaging 5.6% annually in the past two decades. The returns are superior to simply putting money in the bank and far less harrowing than investing in the stock market benchmark index, FBM KLCI (see Chart 3).

To all those who claim it impossible to outperform from a large asset base, the EPF currently manages investments totalling RM834 billion. And it could still deliver far better returns than the majority of funds in this country.

Its ROI for the past five years stood at 7.1% while annual dividends paid to members averaged close to 6.4%, including a record-breaking 6.9% in 2017 in the face of an increasingly difficult investing climate (see table).

By comparison, the 397 Malaysian-focused funds we analysed, with assets under management totalling RM175 billion and an average fund size of RM441 million, reported annual returns of just 1.9% over the same period.

Granted, the EPF has steady inflows of fresh money and limited redemption issues. Total investment assets grew at a compound annual growth rate of 9.3% between 2001 and 2018. Hence, it is better positioned to make decisions based on a longer-term perspective.

The EPF’s performance also exceeded that of Singapore’s sovereign wealth fund GIC and matched that of Temasek Holdings.

Meanwhile, its average dividend rate of 5.6% (2001-2018) tops the 4% interest rate Singapore’s Central Provident Fund pays on members’ contributions, even after adjusting for inflation.

This year, we are presenting a Special Award for Contribution to Nation Building to the EPF in recognition of its outstanding performance in helping Malaysian workers safeguard their savings and build a stronger financial future.