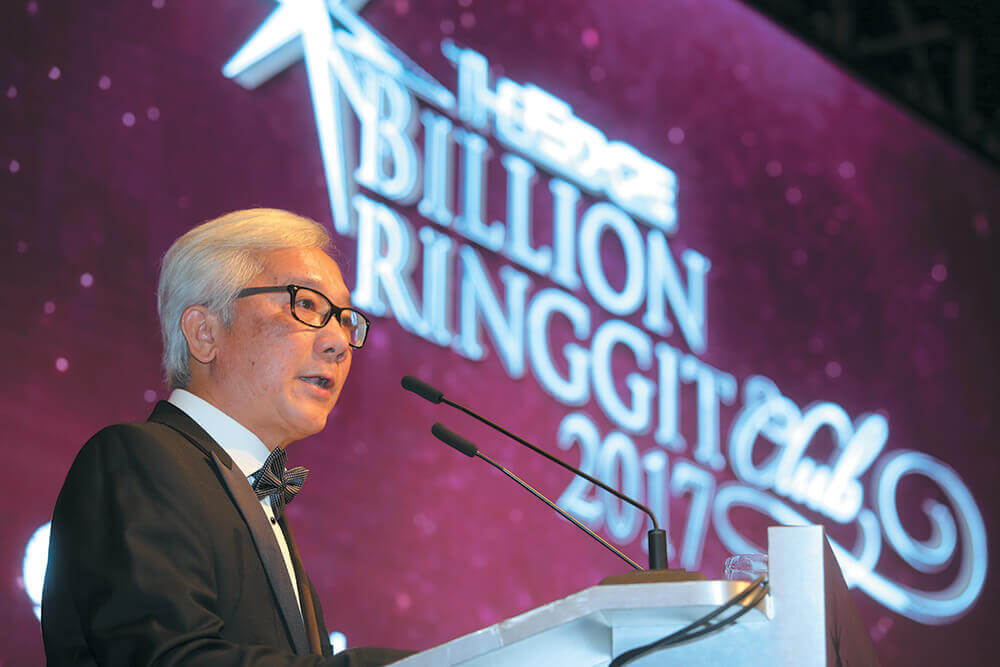 The Edge Billion Ringgit Club (BRC) annual gala dinner and corporate awards, held on Aug 21, saw 59 companies picking up awards for being the best performers on Bursa Malaysia for the financial years between 2014 and 2016.

BRC started in 2010 as an initiative of The Edge to recognise, honour and celebrate the best of Corporate Malaysia. We also launched these awards to inspire companies to seek to become billion-ringgit corporations.

Profits were, however, weighed down by sizeable losses at several oil and gas and industrial/services companies.

The taxes paid for FY2016 is about 27% of the “more than RM114 billion” direct taxes the Inland Revenue Board reportedly collected in 2016.

We presented sectoral awards based on three financial performance measures:

1) A weighted return on equity (ROE) over three years;

3) Returns to shareholders over three years — a combination of dividend payout and share price performance.

In past years, we recognised only the companies with the highest scores in each category. This year, we presented awards to those with the highest, as well as the second highest scores. Given the fact that there are over 900 companies on Bursa, we believe recognition must be broader instead of being confined to around 30 companies each year. Furthermore, in many cases, the difference in the financial performance between the top two companies is quite marginal.

This year, we also split companies with big market cap from others in the finance and property sectors. We believe those of the same size should be measured against each other rather than against others with a totally different market cap.

Another change we made this year is to use the share price of the companies on June 30 instead of March 31 to compute the total returns as that is closer to the date of the awards.

For the Company of the Year, we used a matrix of financial performance in the three categories and corporate responsibility initiatives on a weighted basis:

The Company of the Year for 2017 went to AirAsia Bhd, which is possibly the best-known Malaysian mass consumer brand in the world.

The Value Creator: Malaysia’s Outstanding CEO award is given to an individual who has achieved outstanding success in growing a business and company over a period of time as reflected in market valuation, return to shareholders, profit growth and creation of employment.

This year’s recipient was Westports Holdings Bhd chairman Tan Sri G Gnanalingam for building a RM12.5 billion company from nothing in 20 years.

A special award was also presented to Malayan Banking Bhd (Maybank) for making history as the first company listed on Bursa Malaysia to breach RM100 billion in market capitalisation — a truly amazing achievement.

At a time when we see forces of division playing out both at home and abroad, it is important for each of us to make a stand against it, in whatever way we can, in the course of our business. This year, we presented a special award for public service to Astro Malaysia Holdings Bhd for producing the movie Ola Bola, an inspiring story of our 1980 Olympics football team, which shows that diversity is our greatest asset.

Finally, I would like to thank OCBC Bank, Jaeger-LeCoultre, Mercedes Benz and Qatar Airways for their partnership of this prestigious event to honour and celebrate the best of Corporate Malaysia.